This letter has been provided Friends of the Earth for people who wish to object to the prospect of open cut coal mine opening at Mirboo North. 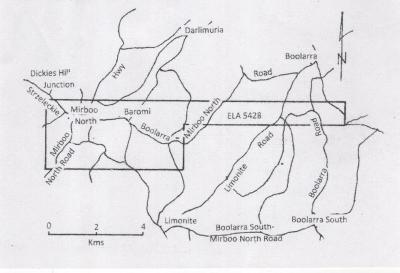 Adapt and send your letter by August 6th:

We write to register my objection to the following application for an Exploration License (EL) that has been put forward by Mantle Mining Corporation Ltd.

We are very concerned by this proposal to explore for black or brown coal.

We note that under section 2A of the Act the Minister is obliged to consider the environmental consequences of a decision regarding applications. The principles of sustainable development, which are outlined in the Act (available here: ) set out a compelling case for taking a precautionary approach to possible future impacts of mining and drilling operations. We firmly believe there will be major impacts from any coal operations.

We object to the application on the following grounds.

Victoria is blessed with a range of renewable and low emissions energy options, including wind and solar, geothermal and wave energy.

The time for further investment in coal is long over. New coal operations in Gippsland will have a massive negative impact on local people, local economies, landscapes and waterways. A growing number of local Councils (including Bass Coast and South Gippsland) have acknowledged as much.

New coal operations would add huge greenhouse emissions to the atmosphere. Because coal mining is a single-use option for land where it occurs, this would threaten on-going production in what is a significant farming region.

We believe we need to see this proposal in the context of what is happening across much of eastern Australia. Many proposals to explore for or produce coal or coal seam gas/ coal bed methane (CSG/ CBM) are already having negative impacts on agricultural producing areas such as the Darling Downs in Queensland. Here in Victoria, there are currently 24 applications by various companies who are interested in CSG and/or coal. These occur across the ‘coal belt’ of southern Victoria, much of which is our prime agricultural country.

Victoria is an engine room of the Australian food and farming system, producing around 26% of Australia’s food and fibre exports ($6.35 billion in 2007) from just 3% of Australia’s agricultural land. (Source: Sustaining Victorian Food & Farming,
Andrew Campbell).

We have been fortunate enough to have good rains over the past few years. However, Victoria has recently suffered from more than a decade of drought, which put significant pressure on natural landscapes, ground and surface water, and hence agricultural producers. If we go into another drought cycle, farmers in the Gippsland area will become even more reliant on bore water.

We do not believe it is acceptable to be putting prime agricultural country at risk from either CSG or coal operations when we know about the significant negative impacts associated with this industry in Queensland.

Impacts on the local economy

There can be little doubt that any coal mining activity over Mirboo North would have a massive impact on people living in the town (including increased noise, greatly increased traffic including large trucks and heavy equipment, and dust). This is a small town in a rural setting, which has a strong focus on nature-based tourism. There are many small businesses which are reliant on weekend and holiday trade. The town and surrounding area would be transformed through having a coal operation nearby. It is hard to imagine that this will not impact disastrously on tourism visitation both through Mirboo North and in surrounding areas.

The community has made it very clear that it does not want a coal mine in the area. Hancock Victorian Plantations have approximately 200 ha inside the proposed lease area, and they have already allowed gas exploration at Giffard in 2007. If the EL is approved, it can be assumed that Mantle will seek to negotiate with Hancocks given the low probability of finding a farmer who is prepared to have coal exploration on their land. This would greatly undermine the ability of the local community to determine its own future.

According to Doctors for the Environment Australia, communities in which coal mining or burning occurs have been shown to suffer significant health impacts.
http://dea.org.au/news/article/the_mining_and_burning_of_coal_effects_on…

Any mining in the region would expose residents to coal dust. Exposure to coal dust can occur through inhalation, ingestion, or eye contact.

According to the US Department of Labor, “coal dust is a tumorigenic agent (producing or tending to produce tumors) in experimental animals”.
http://www.osha.gov/SLTC/healthguidelines/coaldust-greater5percentsio2/r…

“CWP may be associated with decrements in ventilatory capacity, low diffusing capacity, abnormalities of gas exchange, and premature death”.

“Coal dust is also recognized as a cause of chronic bronchitis. Exposure to coal dust is associated with an increased risk of focal emphysema.”

However, the boundaries are just 3 kilometres south of the Mirboo North water supply and 1 kilometre north of Boolarra’s water supply (Walkley Creek). Any community is reliant on continued access to safe drinking water. While we appreciate that this is simply an application for an exploration license, it does beg the question of whether Mantle has committed to make a thorough assessment of likely impacts of subsequent operations on surface and ground water within the EL area.

The proposed lease area does cover the headwaters of the Tarwin river catchment – drinking water supply for Dumbalk and Meeniyan.

Water is life to farming communities. Any threat to water supplies will not gain social licence to operate.

We urge the Minister to act to protect key food producing regions by refusing to grant this particular EL and, more broadly, to put a moratorium in place on any new coal and CSG proposals until there has been a thorough assessment of the likely impacts on our food production and long term food security. Such an assessment must also include likely impacts on rural communities, biodiversity and water, and contribution to our state’s greenhouse pollution.

For the reasons outlined above, we urge you to reject the proposal for this exploration permit.