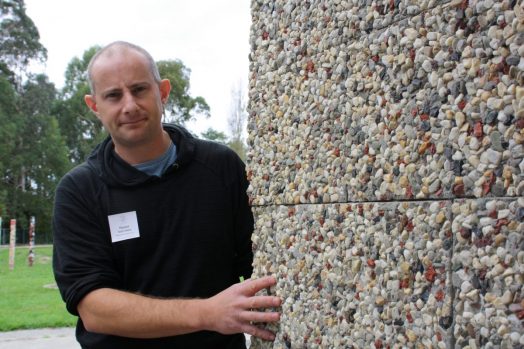 FOSTER Primary School committee president Matt Wallis has lamented the passing of another State Budget that failed to allocate funding to his beloved school.

Built in the 1960s, the asbestos clad-buildings are showing their age. They also need a level of maintenance that is a drain on the school’s finances.

“The fact is we spent between $30,000 and $40,000 on repairs. It’s an ongoing and increasing budget in our pool of money that could be spent elsewhere,” he said.

“Most of our parents are very supportive in trying to get a rebuild. Most people know that if the asbestos is not being disturbed it’s safe. It’s only when you’ve got bricks that are falling off that you have to maintenance.

“I think their frustration – and it’s certainly my frustration – is the amount it’s costing the school. We do what we can to make the school presentable by painting and fixing up, but there’s not a lot you can do.”

The school has about 210 students, a number that is growing by the year.

“It’s a good sized regional school, but the population’s going to continue to increase,” he said.

The need for something new is becoming ever more urgent, particularly considering that stones on the outside of the buildings are apt to fall off, with the risk of exposed asbestos. Here and there it is evident that patch jobs have been performed.
Repairing asbestos buildings – in fact, doing anything with the material, is fraught with danger, not to mention additional costs.

“If anything happens, we can sometimes get the work done on a weekend, but during school times you’re forced to cordon off the whole building, basically,” he said.

“You’ve got to consider the asbestos risk with everything you do.”

Mr Wallis praised the efforts of Nationals Member for Gippsland South Danny O’Brien, who he said had been a fierce advocate for the school.

Mr O’Brien admitted to being “bitterly disappointed” that money for a new school had not been allocated for in the State Budget.

He said the local community had “worked incredibly hard campaigning for state government support” and will be disappointed that they have again been overlooked.

Mr O’Brien said that a petition tabled to Parliament calling on a rebuild of the school had attracted more than 1000 signatures.

“There is no shortage of backing from our communities, but we are being let down again by the Andrews Labor Government,” he said.

“Gippsland punches above its weight in terms of its economic contribution to Victoria but under this government it has not received the attention it deserves.

“Our roads, in particular, are a big problem and need to be addressed. We also need improvements in public transport and educational facilities to support our local community and encourage new residents.”