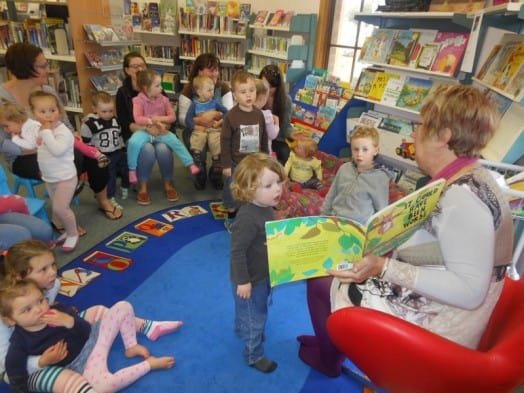 SOUTH Gippsland Shire Council is finalising negotiations with Parks Victoria regarding a new, shortened lease on the Foster offices occupied by the statutory authority.

At its meeting last Wednesday, Council agreed that the new lease would have a term of just three years. This was despite a report to Council last year, when the last ten-year lease ended, recommending a five-year lease with an option of a further five years. That recommendation was not adopted. Instead, Council resolved to reconsider the matter. Shire officers prepared a new report in which a three-year lease was proposed.

Council considers that the three-year term provides security of tenure to Parks Victoria (PV) in the short term, whilst Council and PV continue discussions regarding future tenure arrangements, specifically the possibility of Parks Victoria relocating in order to free up space for expansion of Foster Library.

Parks Victoria has occupied part of the Council-owned building on the corner of McDonald Street and Victory Avenue since November 1990. The premises also house the Stockyard Gallery and gift shop, a shire Visitor Information Centre and the Foster Library, constructed in 2000 in an extension to the gallery.

The initial lease to Parks Victoria was for a period of ten years. At its meeting in October 2004, Council approved a further ten-year term for the premises that included an extended office space. Since that term ended in September last year, Parks Victoria has continued to occupy the building, paying rent annually in advance.

Parks Victoria’s steady tenancy has been a boon for Council, as Cr Mohya Davies noted at last Wednesday’s meeting. Saying that Council had been “entrepreneurial,” she pointed out that leasing the building to Parks Victoria at commercial rates had allowed Council to pay off the extension.

Cr Davies is, however, mindful of the library’s desperate need for more space and has backed calls from the community, the Friends of Corner Inlet Libraries in particular, to expand the library. “The Foster Library needs more space for children’s activities, such as Lego club, story time and junior library. Our community’s children are disadvantaged when they cannot access these library services,” writes Christine Wooller in the shire’s online community engagement facility, OurSay. She urges other people to make their views known [you can log onto the shire website] and suggest priorities for the spending of ratepayer dollars in the next shire budget.

Cr Davies said that the library does not have enough space and the three years of the lease could be well spent sorting out the space pressures. She suggested that use be made of the council works yard next to South Gippsland Water in Pioneer Street. Cr Kieran Kennedy concurred, saying that the gallery and library must be allowed to expand.

Any decision to turf PV out is likely, however, to meet fierce opposition from sections of the Foster community. Prominent members of the community waged a strong campaign on PV’s behalf ten or so years ago when the jostling for space first began. They argued against forcing PV to relocate, warning that if this major local employer was not permitted to keep its workspace it could decide to leave Foster altogether, with serious economic and social consequences for the town. Council listened then. Will it listen now?