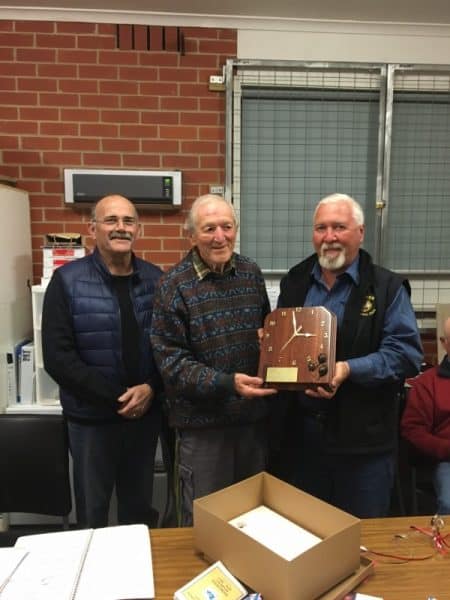 PREPARATIONS for the 110th Foster and District Agricultural Show are already well underway with the appointment of a new committee secretary taking place at last month’s AGM.

It’s now all go for Roger Nicholson who has stepped up to the role. The committee members welcome Roger to his position. He has an energetic attitude and looks forward to fulfilling his duties.

At last week’s meeting, president Noel presented Denis O’Neill (outgoing secretary) with a lovely gift in recognition of his five years as Show secretary. The committee members were all kept on their toes by Denis and were in awe of his enthusiasm and interest towards his position; going above and beyond his duties to run very successful Shows.

Denis is keen to continue to support the committee as assistant secretary and will be a wealth of knowledge to Roger as he takes on the role and learns the ropes.

The committee will keep you all posted with more Show snippets to come in the following weeks.