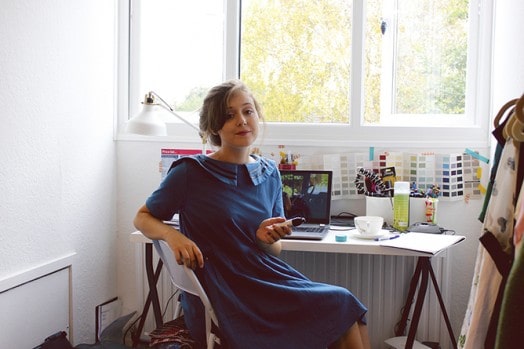 Communications Minister Malcolm Turnbull reiterated the importance of the National Broadband Network (NBN) for regional and rural Australia in an address to the NBN Rebooted conference in Sydney last week:

It is pretty obvious that the NBN has its biggest impact with customers whose broadband was previously either non-existent or very inadequate and that includes most people covered by the fixed wireless footprint.

But is this obvious? What are the experiences of those in these areas who have joined the NBN? Do their experiences support this enthusiasm for broadband provision in regional and rural Australia?

To find out, we followed the progress of households in first release NBN sites across urban, regional and rural Victoria.

We were interested in understanding what people’s actual experiences are who have subscribed to the NBN, and determine if the NBN delivered on those early promises of overcoming what then-Deputy Prime Minister and Treasurer Wayne Swan called the “tyranny of distance” for those living in rural Australia.

Impact for those on fixed wireless

In addition to renewing the government’s commitment to strengthened satellite provision in 2015, Minister Turnbull stated the government and NBN Co are “looking to more than double the reach of premises in the fixed wireless footprint, bringing the total to 230,000 premises”.

We found that the provision of high-speed broadband indeed had an impact for the technologically and geographically diverse households covered by the fixed wireless footprint. This impact lies in two main areas, affecting connections to:

Working from home was a common activity for household members in our regional catchment of Ballarat, Victoria – each of whom has a fixed wireless connection.

One of our participants logged in daily to servers in Europe. Through a “local” company (some 100km away), he was contracted to design and develop hardware for a large mobile and tech company located in Europe. Working with multiple colleagues on different time zones, most meetings were conducted by telephone.

Two other participant households in the same Greater Ballarat region also ran home businesses. Working from home (whether in a home office or at the kitchen bench) complicates division of work and family time, but since having high-speed broadband, the households reported fewer tensions as they could complete work tasks more quickly:

I can sit down and watch a footy game with the family when I get home from work because with the NBN they have gotten their own work done quicker. It makes work/ home life less stressful.

One of the most striking things to emerge from our interviews with regional households was the way in which the NBN supports people’s desire for isolation, and for connection on their own terms. In short, it gave households flexibility.

Of course, not all meaningful connections are via the NBN. Some households chose their current home based upon proximity to family. One participant selected their home because it was equidistant to their children who live in other regional centres.

Impact for those on satellite

For households living more rurally, working from home was a preferred (but sometimes less than convivial) option, given the intermittent performance of satellite connections to high-speed broadband.

Households attempting to telecommute must negotiate workarounds, such as company-provided 4G connections, or adapting work hours to the early morning and late evening when there was less demand on the satellite service. One interviewee said:

I used to do most of my work between 10 at night and early in the morning. I found that was the best time. It was very difficult.

Connections to work were impacted directly but differently as a result of the specific configurations between geography and high-speed broadband technology provision and access.

Even with the promised switch over to the new satellite, households were concerned that the current demand was likely to continue to reduce data capacity. Those in the wireless footprint had some access to alternate internet (such as ADSL) and mobile services, whereas the only alternative for those in the satellite footprint was often the phone line.

In one case, a household used Skype to connect with family overseas and only a few hours away. But in another case, difficulty Skyping over satellite – because of poor upload speeds – led to construction of an external mobile aerial to the back corner of the house which was then connected to, via a mobile handset, when making phone calls.

It is, as Minister Turnbull suggests, the regional residents who have the greatest opportunity to realise the affordances of high-speed broadband for amplifying the relational qualities and significances of place, work, and family.

This is in part due to a rebalancing of modes of connectivity – in other words, relatively poor transport options have to some extent been compensated by more stable and higher-performing broadband access.

Rural households, on the other hand, fared less well and found it more difficult to balance isolation and connection. For those choosing to live in rural areas, it was hoped that isolation due to lack of transport proximity might be mitigated by the connection of broadband technologies.

But rural households remain more isolated than connected. Faced with even more inadequate transport connectivity than their regional cousins, they struggle to overcome a number of technical, environmental and other obstacles to access NBN Co provided services.

For many rural households, these struggles over reliable and high-performing access mean that for them, unlike those in the regional areas of our study, high-speed broadband does not yet have a positive impact.

When we consider the challenges already experienced by those in rural Victoria, such as less transport, we conclude that these are only likely to be further amplified for those in more remote areas, such as the far reaches of Queensland and Western Australia. Servicing these communities is the real and more immediate challenge for the government and NBN Co.

Thanks to The Conversation