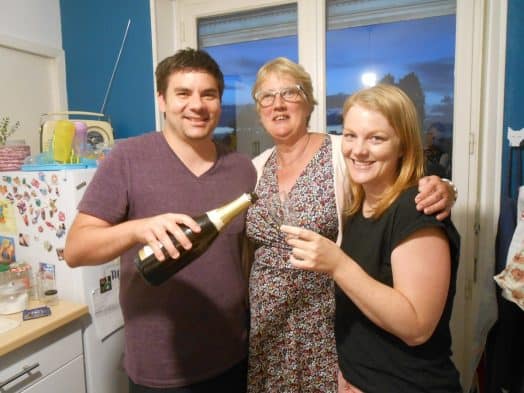 FOR Margaret Haycroft the news that she was to be awarded an order of Australia was hard to come to terms with.
Speaking on the phone from France, the former owner of the Foster Post Office said when she received the official letter from Government House in Canberra she was perplexed.

“I’d organized Australia Day events before, so that sort of made sense. But I knew I hadn’t nominated anyone. It really took a few tries before I came to terms with the fact it was for me.”

Margaret admits to feeling “very embarrassed” at the recognition – along with being sad that her husband Harley, who passed away in September 2016  wasn’t alive to share the moment with her.

“In the end I’m proud to accept it on behalf of the Corner Inlet community. We came to the area 35 years ago, leaving everything behind. But we built a relationship with people and became part of the community,” she said.

Margaret said she was inspired to volunteer by her parents, Jack and Eunice. Eunice also received an Order of Australia 20 years ago. “They really were mentors for me, showing me that it was natural and normal to want to do something for the community,” she said.

“Mum will join me at the presentation later in the year, along with my daughter, Victoria. My one regret at this time is that my husband Harley, who was my support and encouragement for 32 years, and chose Foster as our home,cannot be here to share this with me.”

Margaret said that being part of the Australia Day committee from the first year of her arrival in the area, along with working with Bill Crawford, Ken Coghlan and many others “introduced me to the range of community groups and organisations in Corner Inlet”.

“Their input into community life strengthens and enlivens our people, old and young, and is one reason so many retire to the area,” she said.

“The Foster Show also highlights so much of what is great in the area and it is so much fun to be involved in the events and activities of the day.

“Story time with children is not just enjoyable, but a very important stage of learning and development I am proud to be part of.”