Home » The Mirror News » Dreaming of a book launch

Dreaming of a book launch 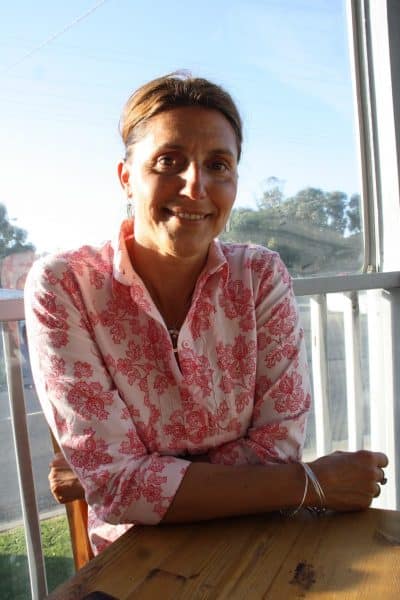 FISH Creek author Liz Farrell will officially launch her young adult fantasy novel Willow Bloom and the Dream Keepersat Gecko Gallery on Friday (October 5) from 5pm to 7pm.
Writing under the nom de plume of E.V. Farrell, Liz said the location for the launch was an obvious one.
“A, I like the space. B, when I was stuck for ways to describe certain movements that I needed to break down, I would sit in cafes and I would go into Gecko a lot,” she said.
“That was in the last year, in my tidying up. I would sit over the last few years, just sitting, watching people drink coffee, eating food, talking – just to observe the mannerisms.
“When it came to a conversation in the book, rather than just flat dialogue, I could slow down the pace of what was being said and see the expressions on the face without saying it. Something in the paragraph would suggest that, without having to say it.”
She said she was looking for different ways to “show, as opposed tell”.
“It was the whole learning process of writing, which I wanted to take the time with – as opposed to a book that sat on the shelf because it was super average,” she said.
“If I’m going to make that effort to talk to the next generation, you actually want them to read it. It’s not about me, it’s about them. It’s delivering something to the world so it can be a better place.”
Liz said having the book in her hand was different to the way many may have thought it would be.
“Many people put words in my mouth, saying, ‘Oh, that must have been really exciting for you.’ And actually, it wasn’t. It was surreal. The word I would use to most accurately describe it is fascination,” she said.
“For me, because it’s been such a long journey, it was fascinating to see something that lived in my head for so long – and it was the world I went to, that no one else knew about – all of a sudden it was in this format that somebody else could read.
“It was really fascinating as opposed to exciting, though I’m sure everyone has a different reaction.”
She said the idea that she wrote the book “is not 100 per cent correct”.
“I don’t feel like I wrote it. Physically, yes. But the story itself, I didn’t create it. It kind of just created itself. It’s a bit like an artist with a blank canvas, and off they go. You wonder, where the hell did that come from?” she said.
“They probably couldn’t pinpoint where that comes from. If I had to give it a description, I would say a deeper place. In that way, I’d say I didn’t write it, the book wrote me.”
She said it was the “same process” in the creation of the sequel, which was already well advanced.
“It’s just falling out and you just have to freeze frame what’s happening in the background,” Liz said.
Though not officially launched until October 9, Willow is already garnering positive reviews – with a Good Reads rating of four stars.