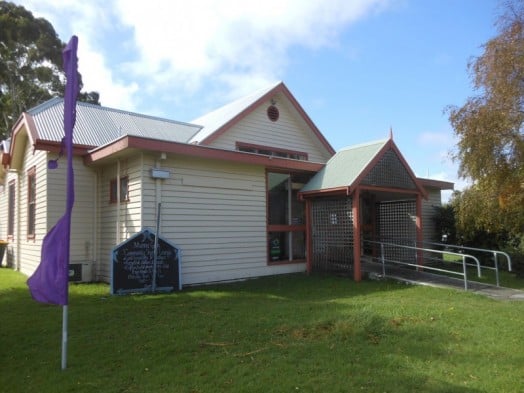 IN THE push towards a more sustainable world powered by renewable energy rather than fossil fuels, Community Energy is gaining prominence.

Decentralising energy generation and increasing the supply mix by supporting local community energy projects is a good way for governments to help secure energy supply into the future. This point was made in a presentation to Council by South Gippsland Shire Council’s sustainability officer, Heidi Hamm, last Wednesday.

“Community Energy provides local communities with the opportunity to generate their own power,” said Ms Hamm. “This is done by community members (individuals, businesses, local governments, community groups) investing in the purchase and installation of renewable technology (e.g. solar panels, wind turbines), managing power generation, and receiving a return on their original investment. There is much to be gained with Community Energy, as returns can include cheaper power or a financial dividend to individuals or community groups.”

There is support for Community Energy at all levels of government, including local, Ms Hamm pointed out. However, by the time she had finished her presentation, several shire councillors were convinced that this council should be doing more.

“Council is really only supporting groups. We could be leading be example,” said Cr Jim Fawcett. “We need to be challenged on what we can do in regards to sustainability.”

The Coalition for Community Energy (C4CE) was founded in 2014 by the authors of the National Community Energy Strategy. C4CE is a system of co-ordinating member collaboration with the goal of creating a vibrant Community Energy sector and movement throughout Australia. It has 63 members, made up of Community Energy groups, non-profit organisations, educational institutions and various government bodies.

A Guide to Community-Owned Renewable Energy for Victorians is an initiative of the Roadmap and was released in November 2015. The goal of the Guide is to help community groups navigate the process of establishing a Community Energy project in Victoria. It provides advice on determining a project’s feasibility, business case development, community engagement, etc.

The State Government has addressed some of the legislative barriers to Community Energy projects. These include amending a tariff exemption rule, which now allows any person to generate electricity on a site not owned by them and to sell it to the owner of the site or to a retailer. Previously a retail licence was necessary. The State has also reduced the required distance from 2km to 1km from a dwelling for wind farms for consent, and planning approvals for wind farms have returned to the Minister for Planning instead of local councils.

The Energy Innovation Co-op runs workshops on energy related topics and provides an advisory service for the community. Its Southern Gippsland Solar Hub project was a solar bulk-buy program which saw 700kw of solar panels installed across households in South Gippsland, Bass Coast and Cardinia. Council has provided in-kind support to the Co-op, most recently supporting an application to the State Government’s Energy Jobs Fund to work with the Wonthaggi Coal Mine to undertake a feasibility study and implement a renewable energy system.

Council has not directly support Groundswell, as they operate in Bass Coast. However, it has provided in-kind support to the MNCE Hub, most recently support for an application to the Energy Jobs Fund to develop a feasibility study for a community owned renewable energy system.

Council is represented on the ComMET Roundtable. South Gippsland partnered with Bass Coast SC to put in an application to the State Government’s Climate Change Grants for $20,000 to work with ComMET to undertake the groundwork for a business case for two Community Energy projects across Southern Gippsland.

Ms Hamm said that the list of potential Community Energy projects was growing and communities were welcome to add their suggestions. One such project involves the installation of solar panels at Manna Gum Community House in Foster.

Cr Kieran Kennedy said that he would like more information on the Darebin Solar Savers scheme, in which Darebin Council covers the up-front cost of solar installations for local pensioners. Households pay the council back through their rates over a ten-year period. He asked for a presentation to Council with a view to South Gippsland following suit.

Cr Andrew McEwen expressed agreement with Cr Kennedy and added his recommendation that Council investigate the opportunities offered by improvements in battery technology.

Cr Bob Newton suggested looking at the installation of solar panels on community halls, as Baw Baw SC has done. Ms Hamm said that the Sustainability Team is looking at carrying out energy assessments on halls and other shire buildings to find the best places to install solar panels. These tend to be buildings such as kindergartens which get most use during daylight hours.

The shire’s director of corporate and community services, Jan Martin, pointed out that a very good solar system is being installed on the Karmai Children’s Centre currently under construction at Korumburra. She added that the shire had funded several Community Energy projects through its Community Grants.

Cr Mohya Davies drew Councillors’ attention to the hugely successful Solar Project Appeal run by South Gippsland Hospital in Foster, which enabled the installation of a 45kW solar power system at the hospital and the community health centre, providing massive savings for the health service. She added on a personal note that the installation of solar panels on her family’s butcher shop had led to savings for that business, too.

Heidi Hamm concluded by saying that Council’s Sustainability Team will be providing quarterly updates to Council on the activities of ComMET and seeking support for relevant Community Energy projects as they arise.

Manna Gum Community House in Foster is following up community interest in
sustainable living with a series of information sessions on the subject. First up at 7pm on Wednesday April 27 is a free community information session on battery storage systems for home or business. Find out from the experts about the latest technology for new battery storage systems. Bookings preferred. Tel. 5682 1101.