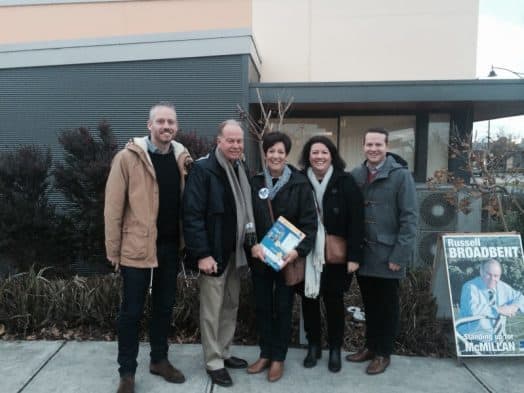 AT A local level, Russell Broadbent has retained the seat of McMillan for the Liberals, but the overall result of last Saturday’s federal election is too close to call – and is likely to remain uncertain for some time yet.

At time of going to press (with postal votes yet to be counted) no party had the requisite 76 seats to form government. The Coalition had 67, the ALP 71, smaller parties or independents had 6, and 6 were still undecided.

On a two-candidate preferred basis, Russell Broadbent received 47,366 votes (56%) and Chris Buckingham 37,266 (44%). It was a pleasing result for the ALP candidate, who had said during the campaign that he was hoping to make the seat a marginal one at the very least.

He posted on his Facebook page: “Preliminary results suggest we halved the margin in McMillan from 12% and it is now a winnable seat. We now know how to get a 6% swing in McMillan!”

Buckingham received more votes than Broadbent in booths like Morwell and Moe, but in the vast majority of booths in McMillan more votes went to the Liberal.

With the majority of votes counted, the detailed result in McMillan was as follows:

Full results down to polling place level are available on the Australian Electoral Commission (AEC) website.