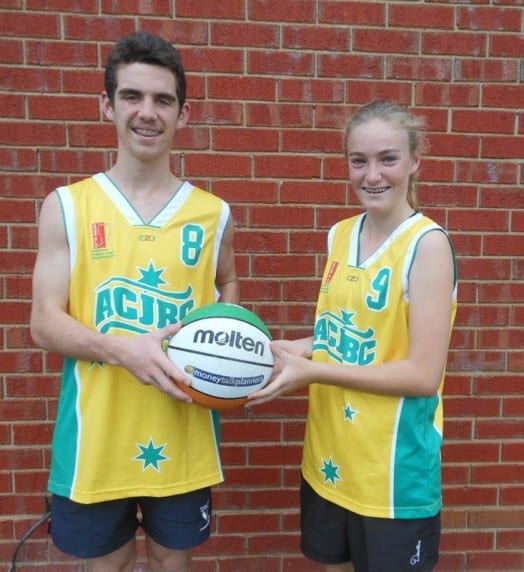 14-year-old Sam Flanders, of Fish Creek, played for the U16 Australian Country boys team, which came second in the tournament, losing to Taranaki Country in the final 81-71. It was an especially impressive effort by Sam and his young teammates, as their level of competition was designated U17.

12-year-old Tyla Angwin, of Foster, played for the U14 Australian Country girls team, which also came second. Again, the competition was stiff, with Tyla competing at U15 level. Her team lost 79-63 to Waikato in the final.

12-year-old Leongatha youngster Flynn Materia played for the U14 Australian Country boys team, which played off against Waitakere (in the U15 section) to snatch bronze with a 66-57 win.

The three South Gippslanders had been selected to represent Australia in NZ as the cream of the players from Victoria, NSW and SA who participated in the 2016 Australian Country Junior Basketball Cup at Albury in January.

They began their New Zealand trip with a day of training and did not have as much time as the family members who accompanied them to spend on activities such as white water rafting, but they all agreed they had had a good time.

“It was good playing against harder competition,” said Sam, whose next challenge is to play in the Victoria Country Men’s team in the U16 Australian Junior Basketball Championships to be held in Kilsyth in July. With regular training sessions in Melbourne in the months leading up to the tournament, Sam can expect to be very busy – as can his parents/chauffeurs – for some time yet.

There’s a lot more basketball coming up for Tyla, too. She plays at Korumburra each week, and next weekend she will be playing with her Korumburra team in the State Basketball Championships in Shepparton.