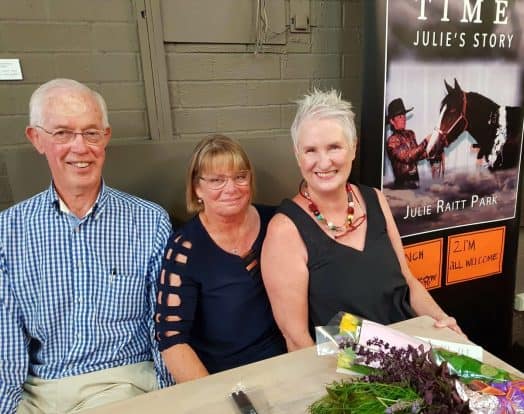 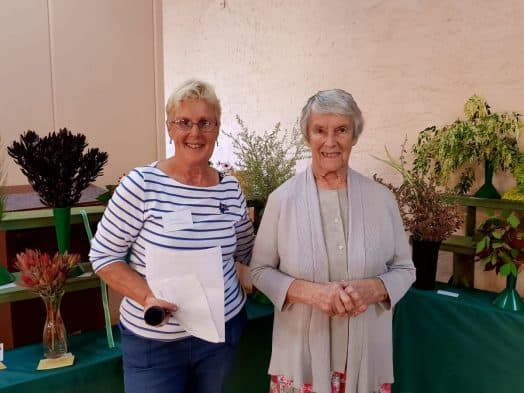 . The opening of the 57th Autumn Show at the Welshpool Memorial Hall where the theme was ‘water is life’ and the colour was ‘blue’.

PEOPLE were out in force over the long weekend with myriad events on offer including the 7th Pear Party in Toora, the Ladbrokes Cup at Stony Creek, Pink Stumps Day at the Foster Cricket Club where 70 women watched cricket and enjoyed the day.

There were also the launch of Julie Park’s book Deep Water Dark Time – Julie’s Story at YEP Gallery in Foster, the opening of a new exhibition The Franklin River – Mountain to Sea and the launch of The Power of Water by local historian Neil Everitt at the Museum in Foster and the announcing of the winners of the Pears and Pairs art competition at the Toora Art Gallery.

The Promontory Produce and Craft Market at the Foster Showgrounds started off slowly and was described as an average market for this time of year.

On Friday the 57th Autumn Show was held at the Welshpool Memorial Hall where well known special guest Eva Hendrie opened the proceedings.

The weather was perfect for all of the events which meant numbers were up this year.

It’s just over two weeks until Easter which will see another influx of holiday makers in the Corner Inlet district, which will be the end of what has been another busy holiday season for our local towns.