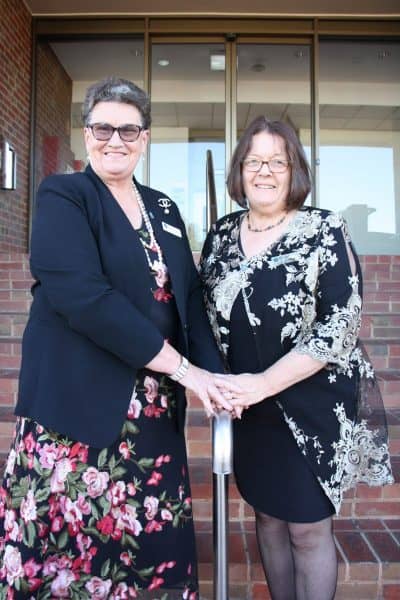 SOUTH Gippsland Shire Council has continued its freefall, with the sensational resignation of Cr Maxine Kiel at the Wednesday, September 26 meeting.
Cr Kiel will be replaced in the Tarwin Valley Ward in a countback, which will include the consideration of preferences.
Another councillor may also be ready to quit, after Cr Meg Edwards announced her successful appointment as the Liberal Party’s candidate for the upper house seat of Eastern Victoria at the coming state election.
“I am now the endorsed candidate for the state election. I will be requesting a leave of absence for the November Council meeting,” she told fellow councillors.
Cr Kiel’s shock resignation came amid revelations that the last item on the meeting’s agenda, a closed session concerning a “personnel matter”, centred around the findings of a $69,000 investigation into a sitting councillor or councillors, over claims of bullying.
In her heartfelt resignation speech at Council’s September 26 meeting, Cr Kiel also hinted at difficulties she had experienced with bullying by Council colleagues. Cr Kiel’s complaints are not believed to be linked to the investigation.
“Life as a councillor has not met my expectations,” she said.
She said the Council Code of Conduct, which was adopted in February 2017 had a policy objective that Council “endeavor to achieve the best outcomes for the local community, having regard to the long-term cumulative effects of its decisions” and that councillors should “work together as a democratically elected team”.
“I’ve been working hard in my role as a South Gippsland Shire Council councillor, but I believe other members of Council are not here to achieve Council’s policy objectives,” she said.
A tearful Cr Kiel said her effectiveness in contributing to the community had become “limited”.
“I find this extremely frustrating and demoralizing, as my vision of contributing back to the community is certainly not being realized,” she said.
“In my first year I was elected deputy mayor. At the end of my term I made a speech regarding what I believed was unacceptable councillor conduct.”
She referred to “disillusionment and the continual harassment by fellow councillors, the constant tantrums by some councillors and the kind of behaviour I have never seen before in my life”.
“The huge amount of emails, I certainly wasn’t prepared for – especially when they were attacking my right to have an opinion. The lack of respect of some, for my fellow councillors and staff, is, quite frankly, embarrassing,” she said.
“The constant belittling, denigrating and ridicule of other councillors must cease. I’m ashamed I have not stood up sooner to defend those councillors on the receiving end of this bullying and ridicule.
“It makes me wonder why we have a code of conduct we all signed at this time last year.”
Cr Kiel concluded by saying that she had hoped during the past 12 months that things would improve, but they “certainly had not”.
“After much self-reflection and consideration, I now provide notice I am resigning my position of councillor effective following the closure of this Council meeting.”
While her words were met with applause from some and flowers from Mayor Cr Lorraine Brunt, her job as a councillor was not yet over.
The last item on Council’s meeting agenda was moved by Cr Kiel.
While councillors voted to receive and consider the “investigation report” into bullying claims against a sitting councillor or councillors, they also voted to keep the identity of the person or people a secret for the time being. Protecting the anonymity of the councillor/councillors will again come under discussion at Council’s next meeting on October 24.