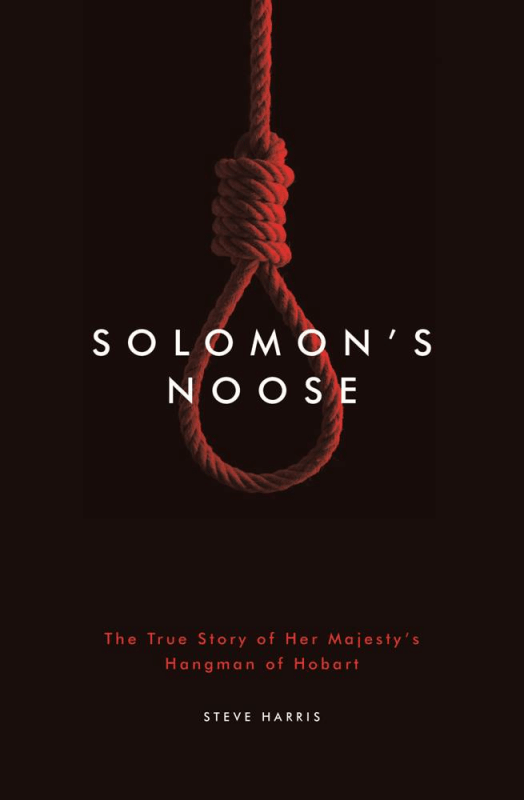 On Friday, 7 August Waratah Hills Vineyard is hosting the launch of a revealing book about Tasmania’s colonial history written by the former editor-in-chief of The Age, Steve Harris.

Steve who is a fourth-generation Tasmanian discovered the story of a young convict while researching into his own family history, which includes convicts, policemen and settlers.

‘Solomon’s Noose’ is the story of Solomon Blay, who became Her Majesty’s hangman in Van Diemen’s Land; the man who personally had to deliver an Empire’s judgment on 200 men and women, and endured his own noose of personal demons and demonisation in order to “survive.”

Steve Harris has long been engaged with words and outcomes as publisher and editor-in-chief of The Age; editor-in-chief of The Sunday Age; founder of Melbourne Magazine; CEO of Melbourne Football Club; and founding director of the Centre for Leadership and Public Interest at Swinburne University. He is a John S. Knight Fellow at Stanford University, a life member of the Melbourne Press Club, and was awarded an Australian Centenary Medal in 2001 for services to the profession and the community. This is his first book.

Steve will join Waratah Hills co-owner Neil Travers in a Q&A conversation about Solomon Blay and the brutal nature of being a convict in Van Diemen’s Land.

Reservations to this unique Friday night cellar door literary event can be made at vineyard@waratahhills.com.au or telephone 56832441.

Entry fee of $10 includes a glass of wine and canapés.

Starting time is 6.15pm at the vineyard located at 20 Cottmans Road, Fish Creek.