AFNL season nearly off and running 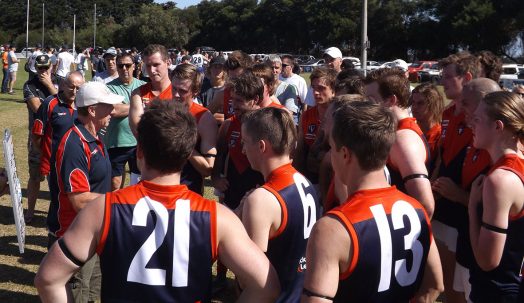 WITH the demise of the DWWWW Football Netball Club and the AFNL now being only six sides, it was decided at a special meeting last Wednesday night that the season will now run for only 16 weeks.
Each club will play each other three times and one side four, to give every club eight home and away games for the season.
The Tarwin versus MDU round one fixture was still played on Easter Saturday, and these two teams will have an extra bye in round 15.
The season proper will now commence a week later, April 14 when all six sides will compete.
There are two bye rounds scheduled, May 19 after round five, and June 30, after round 10.
The finals will commence the weekend of August 18, so the season will be finished September 1
Tarwin are not able to field a side in the thirds competition, so there will only be five teams competing.
The salary cap remains the same as last year, set at $120,000.
AFL Gippsland have now found it necessary to find more money to pay their way and will be charging every senior player $30 and $5 for every junior player to help offset their costs.
Maybe AFL Victoria should be supporting grassroots football more and not worrying about trying to take the game overseas to China etc.
It is hoped that all local football supporters get behind their clubs and make the best of what will be a difficult season.
AFL Gippsland Commission are in the process of starting another review into local football with a decision being made by August. No doubt things can’t keep going on the way it is and The Mirror hopes a lot of common sense is shown in their outcomes.