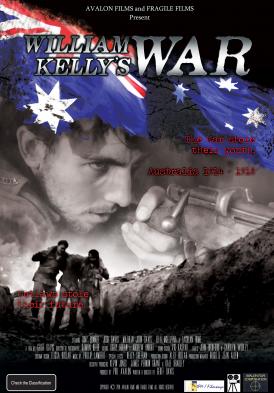 The Prom Coast Film Society is screening a new Australian film, ‘William Kelly’s War’ directed by Geoff Davis, a fellow South Gippslander.  You may know Geoff from his wine stall each month at the Foster Farmers Market.

Set in 1915, William Kelly’s War tells the story of three young boys leave home to go to war. Dreaming of empire and adventure, driven by raw courage and loyalty to each other they find glory, danger and unimaginable horror. Inspired by real events, this movie was part of the short list in 2014 for Australian Film of the Year.

In conjunction with the Prom Coast Sea Change Festival, the film will screen on Saturday 18th April and Friday 24th April both at the Fish Creek Hall.

We look forward to seeking you there!