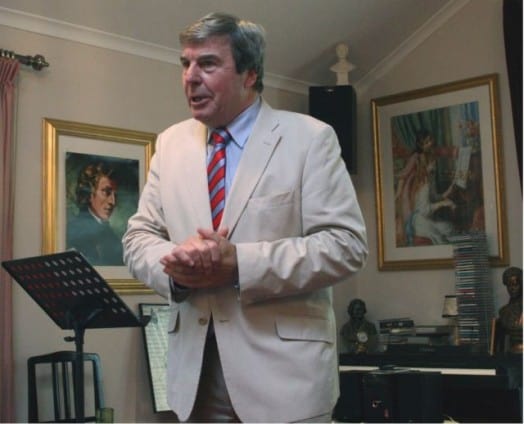 Philip Bailey’s lecture is entitled ‘Yehudi Menuhin — Prodigy and Phenomenon’. The lecture outlines the Menuhin odyssey from the anti-Semitic pogroms in Russia of the late 1800s, through Yehudi’s emergence as an extraordinary virtuoso under the influence of his determined parents, the breakdown of his first marriage, and concludes in 1947 when Yehudi embarked on his second while resuming a career that had been disrupted by war.

The Menuhin connection to Australia – Yehudi’s tumultuous debut tour here in 1935, his marriage to Nola Nicholas, his sister’s marriage to Nola’s brother, and Hephzibah’s subsequent residency in Victoria where she opened her Western District homestead to war refugees and orphans – forms an important part of the narrative.